A History of BPB Wireline (1970-2004) is currently in draft form. It is primarily based upon archive files and personal recollections. 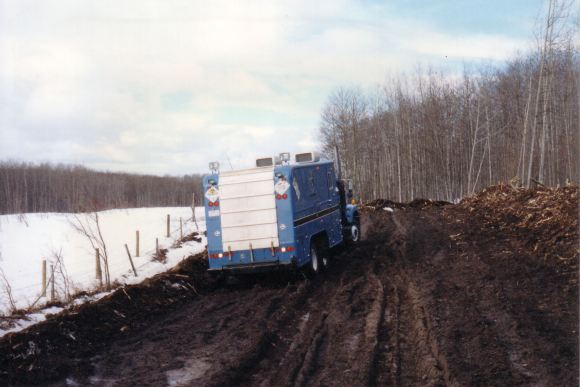 A wireline truck struggling to get to rigsite in Canada, 1997

BPB Wireline is an exploration service company; designing, manufacturing and operating open-hole wireline equipment to acquire geophysical data. It operates in both the mineral and oil & gas markets. The company became independent in 1995, changing its name to Reeves after the then Chairman. In 2005 it became part of the large international group, Weatherford.

The company was headquartered at East Leake in Nottinghamshire, UK, where it continues as the Product Centre for the successful Slimline and Compact wireline tools.